The Power of YOU

I became a citizen of the United States in the seventh grade.  As a Canadian 13 year old girl with Latino parents, it was a fantastic experience to learn about what an honor being an “American” truly is.  I wasn’t born into it.  It was a choice.  It was a deliberate process that I chose to embark upon with pride. Since the age of 18 I’ve never missed voting for a presidential election.  In fact, I get pretty riled up about it… it’s excited to hear the debates, form an opinion and vote based on your own personal convictions and priorities.

This year is no different.  Just ask my poor husband and children, I have worked myself up into a frenzy watching the debates, screaming at the political pundits on TV, and slamming my computer shut when I read crazy stuff on the internet.  Do I need some sort of 12-step process after this election is over to bring me back down to reality?  Probably…. and I’m not ashamed to admit it.  It’s awesome! For generations to come this election will serve as a case study to countless political science and history students, so it feels fascinating to be living right through it.

Even though the political process is captivating, I put my faith in making my community great within my own circle of friends.  Who better to enact improvement in your schools, your churches, your youth programs, your local hospitals, your police force than YOU?  Yes I voted.  I voted yesterday the very first hour of the very first day a registered voter in Texas could.  But you know what else made me feel like I made a difference in my community?  I donated an entire SUV-full of clothes, kitchen appliances, bedding and shoes to a local non-profit.  It’s exciting to be inspired by the politicians we vote into office, but if you want to see instant results then volunteer.  The causes you most vehemently support and vote for are also the causes that desperately need your spare time and resources within your community.   Can you spare at least an hour a month for those causes you feel most passionate about? I bet you can.  Round up some friends and have some fun in making YOUR community great again.  One by one we each have the power to make that happen. 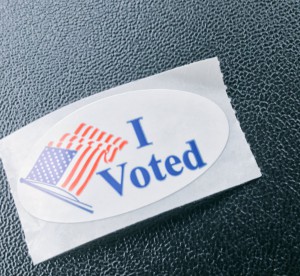