Rare Gems… One in a Million 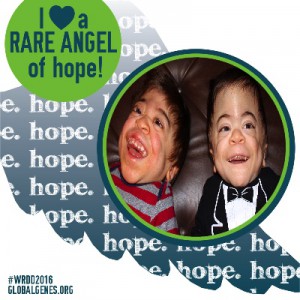 February marks World Rare Disease Day #wwdd2016.  Before October 27th 2008, my husband and I have never heard of i-cell disease.  In fact, it took a team of medical experts over six weeks of tests to finally determine what was keeping our babies from thriving in the NICU.  Even THEY had either 1) never heard of it or  2) had only come across it briefly while studying genetics but had never actually treated a patient with i-cell.  Only one of the long lists of specialists had ever treated a child with i-cell.

What is it?  I-cell disease is a terminal illness, with the life expectancy lasting rarely past age 8.  There are currently no treatments, no cures, and very little funding for research.  It’s an uphill battle to be the parent of a terminally ill child.  But I wouldn’t change it for all the money in the universe.  My i-cell babies have taught me what it means to be a warrior.  They have taught me what it means to be happy, to love unconditionally, and to depend on faith.  I’m a very blessed and honored mama to have been given these two rare warriors to be mine.

This month there are many very worthy causes to advocate, education oneself on and be passionate about. Political stuff!  Black History stuff!  Go Red for Women (women’s cardiac health) stuff! All kinds of well deserved stuff!  But this mama will spend the majority of her energy hash tagging the snot out of #RareDisease #CareforRare #icell #ml2 #mucolipidosisII #terminalIllness …. I’m sure I’ll come up with some other good gems to heighten the cause.  So pick your cause and take a stand. Why?  Your stuff matters!  Your voice matters!  When you’re passionate about something then your stuff begins to matter to others.  I’m working on making my baby’s legacy matter.  #StepBackWhileIBragAboutMyOneInAMillionBabies