You are that ONE person

In your mind you might hear “I’m not powerful.  I’m don’t have all the connections.  I can’t make a difference.”

Don’t listen to that inner voice because it’s rarely true. Case in point is this gentleman I’m picture with, Mr.  Tommy Austin who I had the pleasure of meeting at a conference this past February.   Mr. Austin was a hard working US Customs agent whose daily duties involved drug raids and busting “bad guys”.  One evening he came home from a long day and met his wife’s study buddy.  His wife had returned to school and her study buddy was a hard working single mom with a sweet little boy named Chris.  She would bring Chris along for their study session and let him play quietly while they studied. When Mr. Austin walked into the room, Chris’s eyes lit up.  There in front of him stood a tall strong man in uniform and Chris immediately went up to Mr. Austin and asked him a million questions about what it’s like to chase those “bad guys”

Soon afterwards Mr. Austin learned of Chris’s grim leukemia prognosis and he took him under his wings.  Chris’s only dream was to become a police officer so that he could help catch some bad guys. Not being able to circumvent the US Customs bureaucracy, he turned to the local police department in their community in Arizona for help.

Within days all of these police officers came together and made seven year old Chris’s dream come true.  They swore him in, gave him a badge, made him a uniform, gave him a VIP tour of the precinct, and flew him in a helicopter around the city to search for those illusive bad guys.  Sadly less than a week after making his wish come true, Chris heroically passed away surrounded by his mom and his new police officers buddies at his bedside.

That was the spring of 1980.  Within days the media found out about this small group of police officers that had helped little seven year old Chris during his final days battling leukemia.  Mr. Austin and his police officer friends began getting inundated with requests from families all over the United States wanting them to grant the same wish for their medically challenged child.

Today these police officers, their wives and their friends marvel at the organization they started in their garage making wishes come true.  The Make-A-Wish Foundation was started by “normal” people living “normal” lives that just wanted to make a difference.  They weren’t wealthy.  They weren’t well connected.  They weren’t anything you’d imagine a world-wide charitable organization would be founded by.  They were like you and me.  Average people with extraordinary hearts.

One person CAN make a difference.  One gesture CAN transform a life.  One child CAN change the world.  Little Christopher Greicius was the inspiration that started a world wide movement– the Make-A-Wish Foundation.   What can you do?  What are you passionate about?  If you needed a push to do something for someone, this is it. You have the power to transform your life, the lives of others and the community around you.  If a burly set of US Customs agents and police officers can do it, so can you.  Find your passion and go after it with all your heart.  The hardest part is just getting started.   You are that ONE person that can change the world.  So go out there and get it started!  You’ll be so glad that you did. 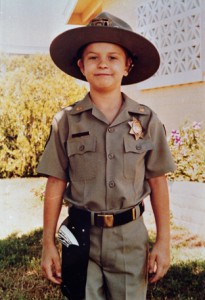 Christopher Greicius, the inspiration behind the Make-A-Wish Foundation 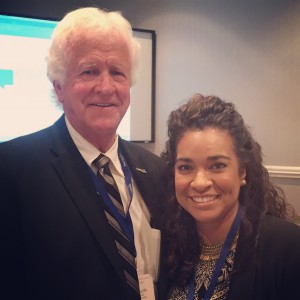