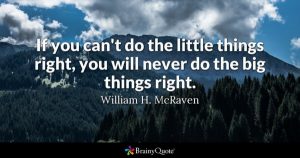 Did you know I survived a Boeing 757 plane crash on my 21st birthday?  Did you know that’s how I lost my parents?  Out of 164 souls on board, all but 4 died when the plane crashed right into the side of the Andean peak near Cali, Colombia named Monte Delulvio.  Translated, Mount Deluvio means Mount Flood.  By no coincidence the recent groundings of the Boeing 737 Max airplanes have created a flood of emotions within me, a flood of questions to airline regulators and a flood of concerns by passengers in the US who have been left asking themselves “Why did it take so long to ground these plane in the US when nearly the rest of the world grounded them weeks ago?”

When the FAA grounded these vessels, I was in Antigua on vacation.  We were stranded for an extra day in Antigua and then another additional day in Miami before finally being able to fly back home two days later than expected.  Although we had to do some last minute scrambling to take care of things at home in our absence, I was both equally relieved and infuriated.  I didn’t mind the planes being grounded and our flight plans being derailed (I mean there are worse places to be in the world than the Caribbean or vibrant Miami, am I right!).  What I DID mind was that the FAA dragged its feet to put the dots together to demand the grounding.  I mind that the airlines that acquired these new planes were provided the *bare* minimum training for their pilots, as if passing off the new planes as exactly like the old ones they were accustomed to flying.  I mind that two plane crashes within 5 months didn’t automatically send off major flares about these planes and that both the FAA and Boeing seemingly looked the other way.  I mind that Boeing insists that the software update they’ll soon be releasing will supposedly fix the issues contributing to the two recent tragedies.  Do you want your safety in the air to be determined by a little old software patch?  I mind that somewhere within production and rushed release of these new planes that SOMEONE …. SOMEWHERE must have known these planes were’t ready to be released and yet here we are with many unanswered questions and two plane crashes as collateral damage.

Since back in mid February the Air Force refused to take any additional refueling tankers from Boeing (KC-46 tankers) due to the new tankers being delivered with leftover tools and debris inside the planes.  The garbage left by frontline workers is known in aviation as FOD (Foreign Object Debris).  Although FOD is not regarded as a safety issue, it does shine a light on bigger issues of employees not following standard operating procedures and not taking care of details.  The Air Force’s main concern was if the details weren’t being taken care of, what other bigger things weren’t being taken care of?  Boeing’s upper management scrambled to make things right with the Air Force, promising more stringent quality control and better automated checks and balances to ensure this wouldn’t be a recurring problem.

But isn’t this already a recurring problem for Boeing?  Whether it be the grounded Boeing 737 Max planes or the Boeing KC-46 tanker planes — isn’t the common thread of rushed production, broken leadership and a weak safety culture all come together to share the blame?  I don’t intend to throw only Boeing under the bus, because the ONE regulatory agency that is supposed to police these matters gave away the authority of safety control over to Boeing due to massive budget cuts and shortage of personnel.  That’s like me telling my 15 year old twins to clean their rooms and then inspect their rooms themselves.  Knowing my kids I know they’d shove everything under the bed or in the back of their closet because that’s how self policing works in the 15 year old boy world.

When a plane goes down anywhere around the world, I take pause because it brings all the memories back of my AA Flight 965.  Any careless decisions made that can compromise safety I take quite personally, because I’ve learned first hand that rushed mistakes of others can have dire consequences.  Any systemic disregard for standard operating procedures, any dismissal of safety over profits and any agendas the stakeholders may harbor should not come anywhere near endangering the lives of the pilots, crew members and passengers who place blind faith within the aircraft they are traveling.

In my eyes, Boeing has once again crashed into Mount Deluvio.  I only can hope that every person at Boeing and the FAA (from the top executives all the way to the frontline workers and regulators) experience a flood of introspection and become inspired to do better and be better.  I wholeheartedly believe that Boeing  and the FAA did not intentionally roll out unsafe planes, but their lack of intention throughout the process has created a dangerous culture that we ALL hope they can fix soon— for their sake and for ours.